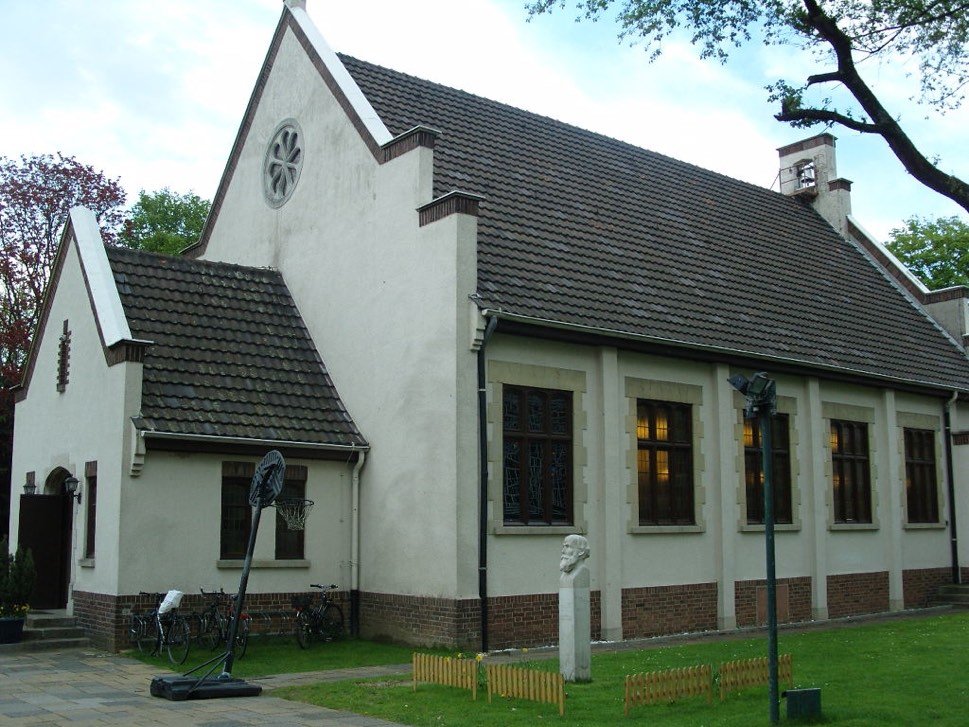 After visiting Germany for my company for a second lengthy period of troubleshooting, I was requested to stay to work permanently in Düsseldorf. New contracts were signed and life continued until one day I was asked to give more details about my personal circumstances.

My employers wished to know which church I belonged to. I enquired what business it was of theirs and why they were asking. To pay tax to either the Protestant or Catholic church, I’m told. I’m British. Although our head of state is also the head of the Anglican church, a separation between state and religion is respected. Donations only occur during services on Sundays or by bequest.

Not so in Germany. The vast majority of funds are transferred directly from source and each company is responsible to declare where those monies go. I stated that I am not prepared to pay church tax. I was duly told the atheist box would be ticked.

I protested that I was raised Church of England and believed in God in the sense of a universal force. I was willing to debate whether religion meant the same but did not consider myself an atheist, so did not accept that choice. The impasse ensued.

The form was completed with the entry of C of E. Nothing was due, nothing paid. If Germany wished this system upon its citizens, that is fine by me. I was not prepared to be part of it. I’m sure much good comes from well over eleven billion euros annually.

This may seem trivial. However, at the time of writing, church tax amounts to nine percent in the state of North Rhine Westphalia, of which Düsseldorf is the capital. If an expat leaves the country, overpaid income tax is normally reimbursed. Church tax is not.

When entering employment in Düsseldorf or elsewhere in Germany, it may be relevant for each individual to make a conscious decision concerning this often neglected topic.

Amazing Capitals Düsseldorf eGuide for expats is a bespoke collection of resources covering many aspects of life in the vibrant and friendly city of Düsseldorf. Subscription to periodical mails enables readers to benefit from insights, hints, notifications and promotions.