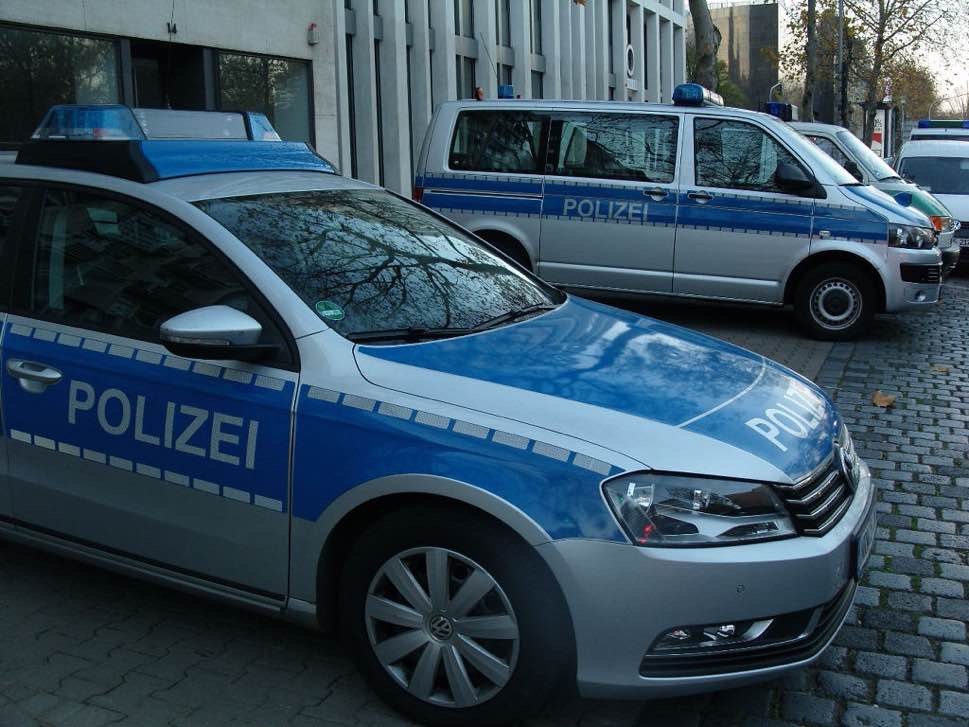 It was after work one late afternoon. The weather was marvellous. I was cycling to swim in the outdoor pool in Lörick. Since I lived in Oberkassel, my route took me along a scenic pathway that provided a view of the river Rhine. Am Pappelwäldchen offered a bike path along one side of tall, majestic old trees and a path for pedestrians on the other.

The long line of pretty poplars stretched far into the distance. They presented a canopy of rich and dense dark green leaves. I was thankful for the magnificent shade they provided against the bright afternoon sun.

This area of Düsseldorf has long been a wonderful place for recreation. The swimming pool gave me a marvellous respite from my busy days. I was cheerfully riding my bike, passing others from time to time.

I became aware of two cyclists heading towards me. Presumably, I subconsciously expected them to line up one behind the other. Suddenly I became aware this was not the case and an impact was imminent.

The path was the width of only two bikes and I was on one of them. The eyes of one cyclist widened at the impending danger, the other remained completely oblivious.

I could not avoid him due to a massive tree trunk next to me. I grasped my handle bars, braked hard, he thumped into me shoulder to shoulder. I turned my head and looked over to the body on the ground. He had flown from his bike and hit the tarmac like a sack of potatoes. He was motionless.

I descended my bike and leaned it against a tree. Crouching over the man, I could see he was breathing but he appeared to be unconscious. It transpired that the other cyclist was not his friend but a stranger who was being overtaken. A few other people stopped but seemed helpless.

A Brush With The Law

It was before mobile phones were widespread, so I suggested I bike to the pool to call for an ambulance. I rebutted a couple of protests that I may not return and raced off. The pool attendants were sympathetic and phoned the authorities. I explained the location of the accident as best I could.

Trying to judge where emergency services could drive onto the path, I was able to intercept the ambulance. After a few minutes, the police arrived. They questioned what had happened. I explained. One man that I had overtaken previously blurted that I was travelling extremely fast and recklessly. I protested.

Thankfully, two women who I had also calmly overtaken interceded. They claimed that was just not true. “He passed us cautiously and warned the other cyclist.” she said. “Really?” I thought. One policeman enquired further. “I distinctly heard him shout Pass auf! very loudly” It took a while but then I realised that I had rather embarrassingly issued an English expletive. I was young and under duress. Sincere apologies

The paramedics headed to the hospital and I was saved by a simple linguistic misinterpretation. The police were satisfied that it was an accident. Personal details were exchanged, people drifted off and I went for my swim. That evening the phone rang.

The caller was the son of the injured cyclist. He said his father had been drinking and asked if I would be making any claims for damages. My shoulder was painful but it was nothing serious. I said no, asked how father was and where he was hospitalised. The next day I visited him.

He was bruised yet cheerful. His pride was worse off than his body. He was very apologetic. I mentioned that I only wished to make sure he was okay. His son entered and became nervous. During our conversation it transpired that he was a lawyer, hence his interest in any litigation. And his dad was a former policeman!

No legal conflict followed the incident. A liability insurance policy did, however.

Germans, on the whole, love and respect pets and are friendly towards dogs. Dogs are permitted on public transport and inside restaurants but keeping a pet on a leash is a must. Dog ownership in Düsseldorf is highly regulated and taxed through a compulsory licence fee.

Head to the movies