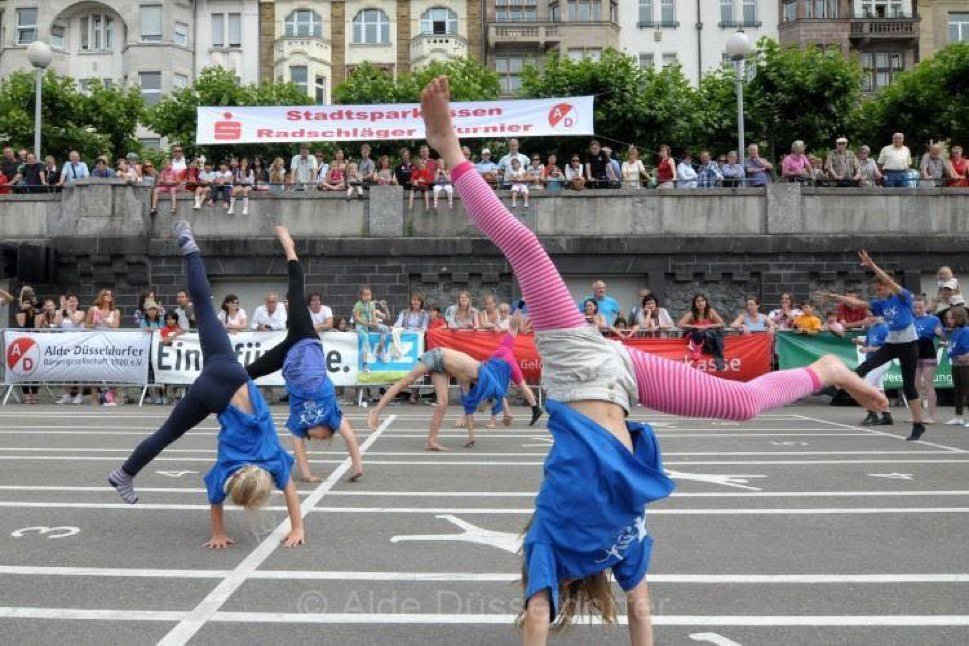 A fascinating cartwheeling tournament has been held in Düsseldorf since the 1937. The annual event is held on the beautiful promenade alongside the river Rhine, attracting hundreds of children and families.

The tradition of performing a cartwheel, Radschlag, has been around for many, many centuries and was originally performed openly on the streets by children as a sign of happiness and joy. The symbol has long been adopted by the city.