The region close to Düsseldorf offers many ways of escaping to scenic countryside. Short excursions can be made nearby or farther afield the area of Eifel-Ardennes awaits, located across the four open borders of Germany, Belgium, France and Luxembourg.

Zons is situated on the Rhine and is a wonderful example of how marvellous the countryside can be. Two kilometres to the north is the Zonser Heide, a feast for animal lovers. There are wild boars, guinea pigs, pheasants, and many other animals in outdoor enclosures.

Across the river from Zons, a three kilometre pathway leads to historical Urdenbach. Its idyllic location and its vicinity to the nature reserve Urdenbacher Kämpe promises an unforgettable experience for any nature lover. There are a number of half-timbered houses and ancient churches from the 17th and 18th century. The castle Garath and the cultural centre of castle, Schloss, Benrath is also nearby.

Farther afield is the area of Eifel-Ardennes, located across four open borders. The area reveals scenic, rough and low mountains of the Rhenish Uplands. They lie in the Southeast of Belgium as well as on French and Luxembourg territory. The woody mountains between the rivers Meuse and Moselle in the East change into the Eifel and the region of the Hohes Venn in Germany. The average height of the mountain range is 550 metres. The highest peak named Baraque de Fraiture has 652 metres and lies in the northern province of Belgium. The whole landscape with a number of river valleys is traversed of many subsidiary streams. Indeed, the source of the Meuse is in the North of France from where it flows as far as Rotterdam in the Netherlands to reach the North Sea. Its subsidiary streams are the Korn, Semois, Lesse and Ourthe. The Moselle with its smaller streams of Sauer and Ur flow through the Ardennes. With their lovely green grasslands, the valleys of the Ardennes are very picturesque, the uplands being somewhat austere with boggy and impenetrable fields.

The Eifel in the West of Germany reaches from Aachen in the North to the Rhine Valley in the East and from the Valley of the Moselle in the South up to Malmedy in the West. Here in the West, the Eifel blends into the geologically identical Ardennes. Thus, the Eifel is a trans-border mountainous terrain too and volcanic in origin. The highest peak of the Eifel is the Hohe Acht with 747 metres. A must for nostalgic racing fans is the Nurburgring where Germany’s famous racer Michael Schumacher won 5 competitions. Nature enthusiasts can make long distance walks in the nature park of the Northern Eifel. Just as the Ardennes, the landscape of the Eifel is characterised by many streams and brooks as well as by reservoirs and natural lakes. The climate is fair. Winter is not too cold but rather long and can see plenty of snow. In summer it is not too hot, but rather cool with heavy rainfall. For this reason the climate of the Eifel is eminently comfortable, especially in the uplands.

Düsseldorf may not be on the top of the list for seaside destinations. To the surprise of newly arrived expats, the Rhine does, however, offer numerous beaches on both banks with fine sand for walking, playing, relaxing and picnicking. On warm and sunny summer days especially, people flock to enjoy the river. 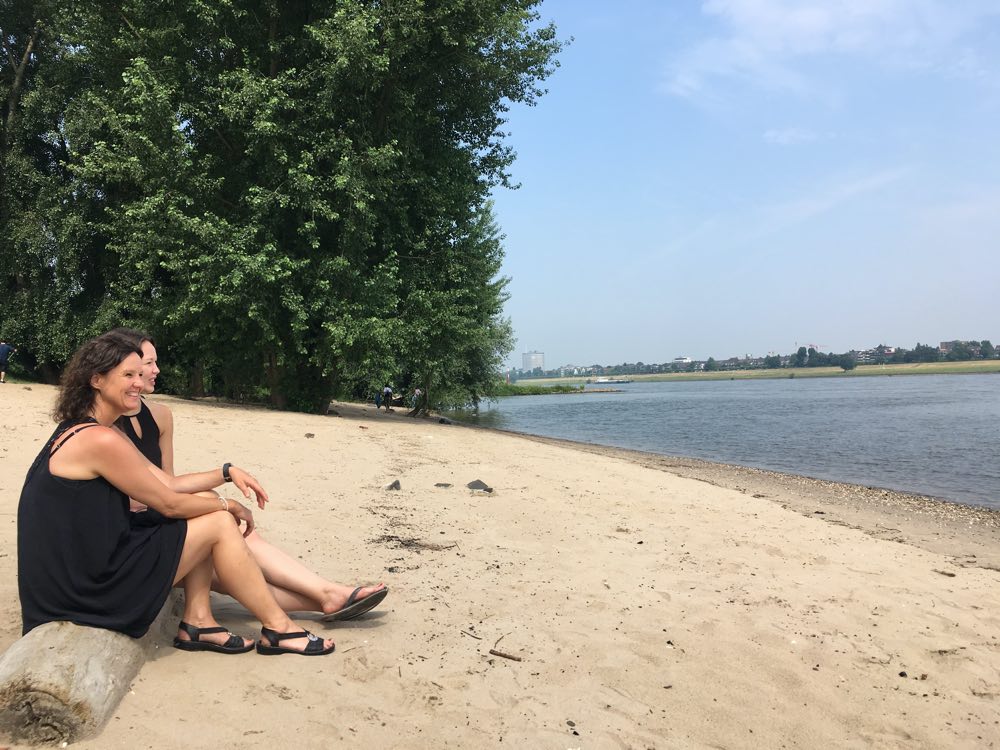