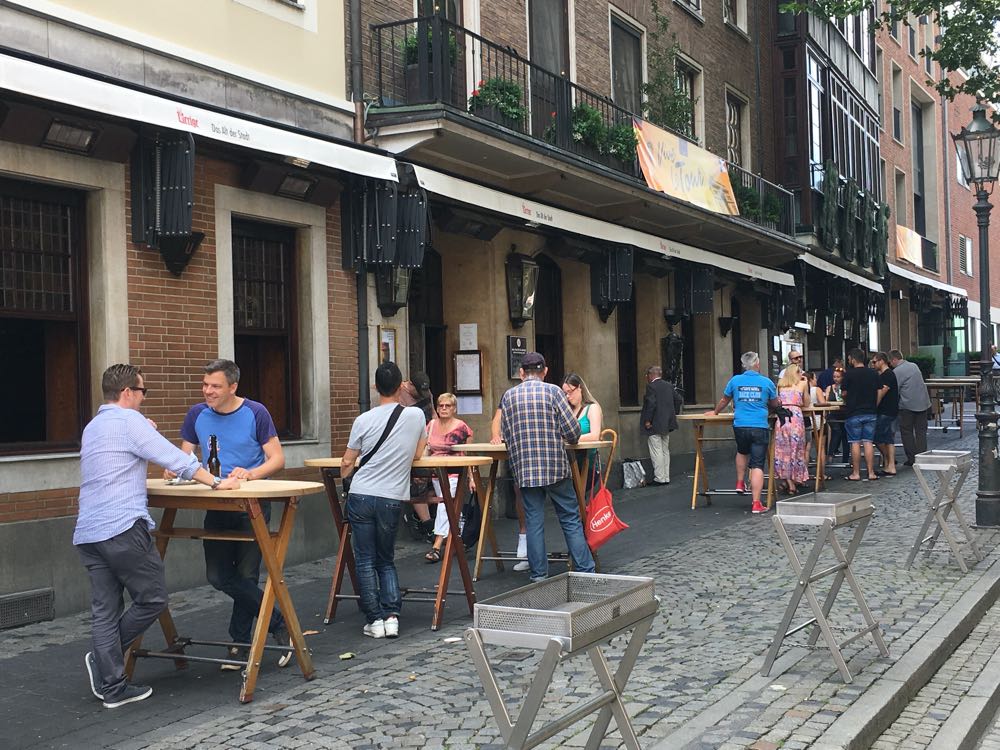 The tradition of brewing beer in Germany reaches back many centuries. Breweries in the region are justifiably proud of their beer as well as the so-called Purity Decree, Reinheitsgebot, from 1516, an early consumer protection initiative. Perhaps as a convenient way to protect local brewers too.

The law states that no foreign substances may be present. It took aggressive counter initiatives to allow beers to be sold from other countries that do not reach such high standards. This results in dark beer traditionally brewed in Düsseldorf being some of the purest and tastiest available.

The same excellent beers on tap and flowing rapidly from the trays of joyous waiters in breweries, known as Köbesse, are also available from barrels in many a pub, Ausschank, in Düsseldorf.

Standing at high tables is a tradition at Uerige and Im Füchschen, Albrecht offers a terrace, while Schumacher has an inner courtyard. All offer their own beer brewed on the premises and a highly unique and vibrant buzz inside the premises. A former brewery with similar ambience is Zum Schiffchen, whose most famous guest was Napoleon.

Expats should expect to be seated beside perfect strangers, receiving a warm welcome and perhaps making new friends. Many are regular guests, Stammgäste, returning regularly at their favoured time of day. Meals can include traditional favourites such as pigs knuckle, either boiled, Eisbein, or baked, Schweinehaxe. 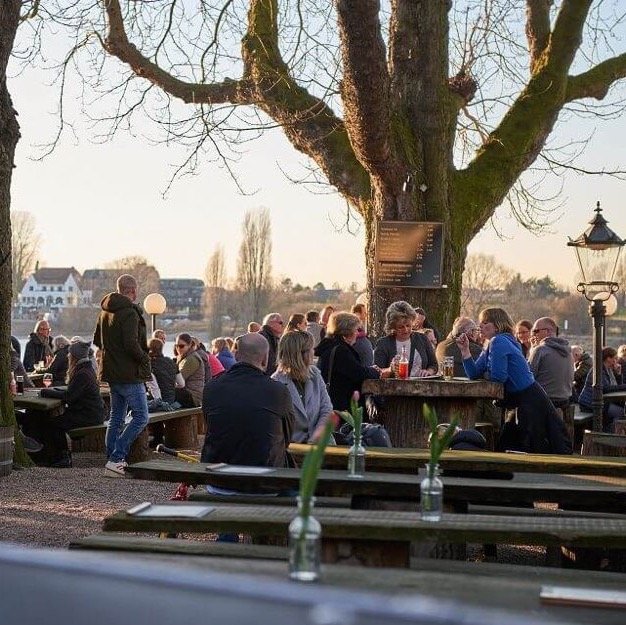