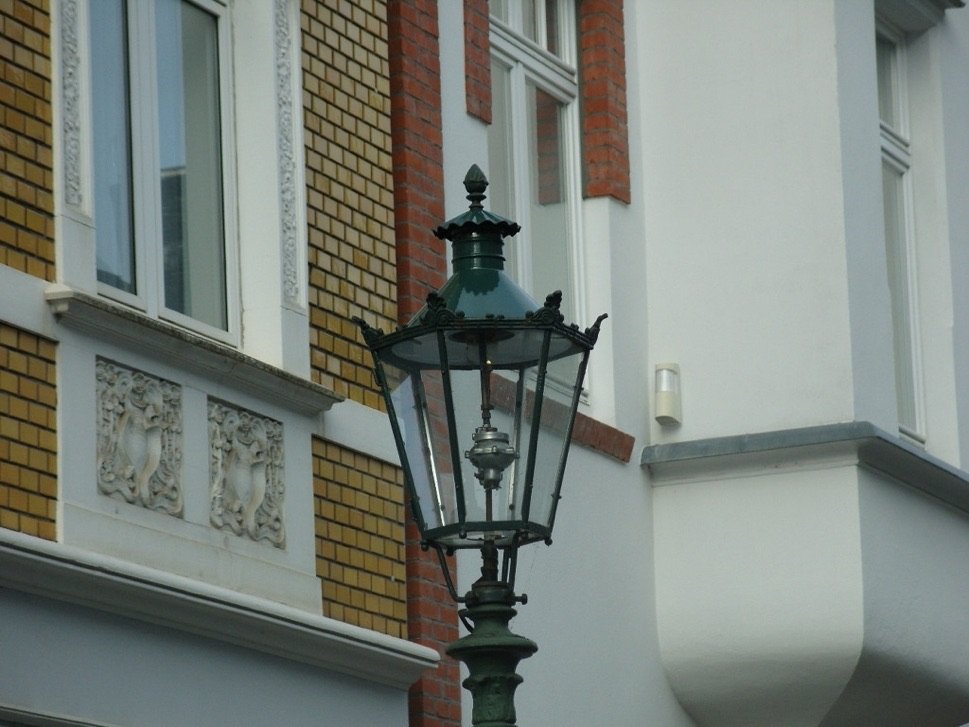 Lights adorn almost every downtown street in cities throughout the world. Street lamps have been around for a very long time. Before electricity became widespread, they were originally run on gas.

Düsseldorf is home to a quite a treasure trove. In fact, the largest urban area covered by gas lanterns in the whole world can be found here. Some street lamps date back to the 1850s, others were installed during the 1960s and still more as recently as the 1980s.

There are believed to have been sixteen thousand gas lamps in the city. The light they exude is a beautiful soft glow, which proves highly popular with residents. One of the most intact areas where it is possible to observe their delightful shimmer is the neighbourhood of Oberkassel on the peninsular of the west bank of the river.

Some fear for their safety, others wish to modernise. The Stadtwerke, the company faced with maintaining the lamps wishes to become more efficient. Yet others love tradition. So fearing the replacement of filaments with LED technology, many powerful individuals and groups of residents in Düsseldorf have called upon the Mayer to help place a preservation order on the old technology. Compromise is prevailing and some 10,000 should remain. St least for now.